Two years ago, if someone had shown Kelli her “before” photo from the beginning of her 2015 IsaBody Challenge®, she would never have believed it. She was in top shape as an elite fitness competitor and had recently received her pro card.

When Kelli became pregnant with her first baby last year, she ended up gaining nearly 50 pounds. Even after giving birth, she retained much of the weight.

“I understand why people are comfortable with where they’re at after having a baby,” says the 29-year-old mother. “As a new parent, you don’t care about how you look, because everything is about the baby and you want to spend every moment you can with them.”

As the days went by, the Wisconsin-native began to feel down on herself and was too embarrassed to go back to the gym where everyone had known her during her fitness prime.

In February 2015, four months after giving birth, Kelli decided that she couldn’t take it anymore. She “kicked it into gear” and joined the IsaBody Challenge. Her goal was to get her body back, not only for herself, but for her son as well.

“I knew the only way I was going to be happy with myself and be a better mom was to have my confidence back,” she remembers.

Putting in the Time

The new mother worked hard and got back into her gym routine.

“I thought, ‘I’m going to get there, and I’m going to see the results. It’s just going to take time,’” Kelli recalls. And she was willing to put in that time.

Within a few weeks, she started to notice her progress, empowering her to finish strong. Her fiancé, Jesse, stood by her side, successfully completing his own Challenge. Kelli felt a great deal of support during her transformation and now enjoys a body that rivals her former fitness competitor physique.

“The biggest part of Isagenix is the positive people that are involved in the company,” shares Kelli. “It’s amazing to me.”

No longer confined to maternity jeans, Kelli comfortably wears her size 2 skinny jeans and feels that her stamina has greatly improved. This fall, she is hoping to compete in her first fitness competition since having her son.

Kelli doesn’t let a day go by without properly nourishing her body. Specifically, she enjoys Ageless Essentials™ with Product B® IsaGenesis®, Ionix® Supreme, and nightly shots of Cleanse for Life®.

One of her biggest tips for losing weight is to have a proper eating routine. “I never skip breakfast or dinner,” she says. “I eat a shake, a bar, or other snacks or meals every three hours to build my metabolism.”

Kelli’s ultimate goal is to one day own a gym with her soon-to-be husband. She is in the process of getting her personal training certification so she can help others improve their fitness and nutrition as well.

“I’ve had so many positive responses to everything that I’ve done,” she says. “I want to be able to help others reach their goals as well.”

*Weight loss should not be considered typical. In a study performed in 2012 by University of Illinois at Chicago researchers, subjects lost an average of 9 pounds after 30 days on an Isagenix system. The subjects also had a greater level of adherence and had more consistent weight loss from week to week compared to subjects on a traditional diet.

The post Former Pro Fitness Competitor Gets Her Pre-Baby Body Back appeared first on IsaFYI. 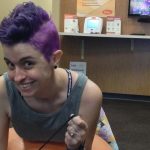