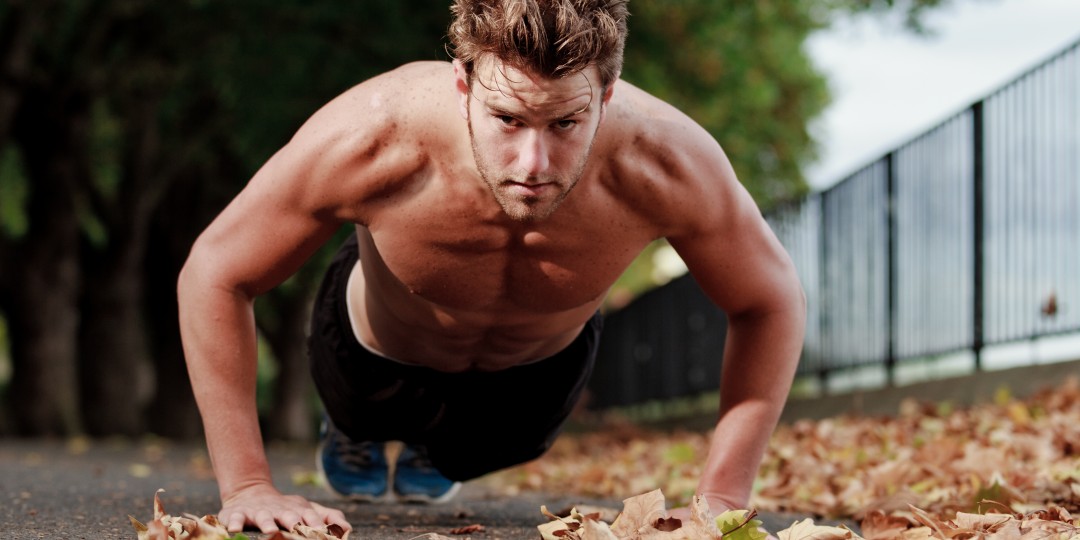 The Secret to Achieving Your Fitness Goals

Life is not a Disney movie. There is no defining moment. The decisions you do make at crucial crossroads were really made slowly over many years by little things you chose to do or not to do every day.

Your health, fitness, and your success (or failure) in every part of your life is defined by the little things you do consistently every day for months and years – your habits.

Stop looking for “defining moments.” The bad news is there is no magic pill, secret exercise, ab machine, or miracle diet that is going to change everything overnight or even in a week.

The good news is getting the body you always wanted (or achieving any other goal you want in life) actually is not difficult, and anyone can do it.

The $1,000,000 “Secret”: Changing your habits changes yourself.  We are our habits.  Your body is a reflection of your habits.

What is a Habit?

Habits are routines we follow automatically without conscious decision making.

Stage 1: The cue – an association that triggers the behavior

Stage 3: The reward – a positive feeling that reinforces the behavior

In nutshell, a cue reminds us to perform an action. We do the action, and we get a reward.

Example of an unhealthy habit: Eating potato chips while watching television. Whenever you sit down to watch television, you will automatically start craving the potato chips. Potato chips were engineered to be addictive. Lays openly brags “bet you can’t eat just one.” The salt, fat, and carbs trigger pleasure in your brain.  Let’s break it down:

Stage 3: The reward – The fat, salt, and carbs triggers pleasure in your brain​

Every time you perform the habit loop, it gets strengthened.  After a while, you will be miserable if a TV is on, and you don’t have potato chips to munch on.  Needless to say, this habit is very unhealthy and will make you unhappy with the way your body looks.

How to Break Bad Habits

Now we know how habits work and how they are formed. How do we break them?

First, it’s important to understand your bad habits. Identify your cue, your behavior, and the reward that reinforces the habit. Luckily, habits are pretty fragile and easily to break once we understand they need the cue, behavior, and reward loop to survive. If we break any point in this loop, we break the habit.

3 Ways to Break a Habit

In the example of eating potato chips while watching television, you could: Eliminate the cue – You could stop watching television. For many people this would be difficult, but luckily there’s plenty of other ways to break the habit.

Block the action – Make sure unhealthy snack food is never handy near the television. One of my rules that I never break: I do not buy or bring unhealthy food home.

Remove the reward – Potato chips (and most processed snack foods) were designed to be addictive; if you eat them your brain will register a reward. Here’s some ideas:

​If you don’t like spicy foods, sprinkle cayenne pepper or dice up habanero peppers and mix them in the potato chip bag. Your brain will quickly connect the painful spiciness with the chips, and the craving will disappear instantly. There are countless ways to break habits. Anything that disrupts the habit loop will work. Be creative, but do not attempt to break a habit with will power alone. It’s a losing battle.​

Don’t Rely on Will Power!

How I Avoid Unhealthy Foods

Rule 1: I never bring unhealthy food that I will crave home. If you don’t bring it home, eating it will not become a habit.

Rule 2: ​When I’m tempted by something unhealthy, I focus on how miserably I will feel 15 minutes after eating it. I think about how it harms my body (and will make me fat). When I focus on the “pain” of eating the unhealthy food, I will make the right decision. If I focus on how good it will taste, I will cave in.

How to Build Healthy Habits

We know how habits work, and we know how to break bad habits. How do we build good habits that we want to have? We set up a habit loop of course! We need a cue, behavior, and a reward.  Example: You want to start exercising on a daily basis. You want to make this a habit. Remember, you need all three parts (cue, behavior, and reward) of the habit loop, or the habit will not be formed. You must have habits working for you. Will power alone is not enough.

Step 1: The cue. You need a cue that occurs every day, and when it occurs, you do your exercise routine. I exercise right after I get up in the morning. This is very important! You must set a specific time (cue) for exercising each day, or you will not develop the habit. You will fail if you don’t have good habits working for you!

Step 2: The behavior. Make sure nothing will impede or disrupt your workout. Have your workout plan, clothes, equipment, and anything else you will need ready.

Step 3: The reward.​ It’s very important to reward yourself when building new habits. Luckily, exercise produces endorphins which make us feel great, but for the best results, set additional rewards for yourself.

Be creative, but remember you must have a cue and a reward to build a new habit. You must make exercise and healthy eating a habit or you will fail in your fitness goals.

Some days I wake up, and I really don’t feel like exercising. I always think better after my workout, so I go ahead and workout and then decide whether or not I should have done that.

I drink a chocolate protein shake and eat some dates after working out (carbohydrates and protein ingested immediately after a workout are scientifically proven to improve muscle recovery and growth). I LOVE chocolate and dates are delicious. Honestly, sitting down, high on post-workout endorphins and enjoying the dates and chocolate shake after a good workout is one of the best parts of my day. It’s the little things in life 🙂

How to Change Your Life

​Pick one good habit you want to start or one bad habit you want to break and change it this week. Start today. Depending on the habit and the person, it takes anywhere between 3-9 weeks to form a new habit or break an old one.  Success in anything is accomplished by small but consistent improvements. Can you be 1% better today than you were yesterday? 1% doesn’t seem like a lot, but a consistent 1% improvement makes a dramatic difference over time:

One Week: Nobody will notice the difference

1 Month​: There will be a noticeable difference

6 Months: ​There is a dramatic difference that everyone will notice

1 Year: ​You are a completely different person

One year from now you will find yourself where your habits have taken you. Is that where you want to be?

This article was written by Kurt Boyd, fitness fanatic, and director of Strength Stack 52. Strength Stack 52 makes exercising a fun game that can be done anywhere with no equipment.  We have also recently developed Weight Loss Stack 52, a game that helps you break bad eating habits and replace them with healthy ones.

KICK START - FALL BACK IN LOVE