High Intensity Interval Training: May The Force Be With You

Home / Exercise / High Intensity Interval Training: May The Force Be With You

Most athletes are familiar with the decade rule. That is, you need to put in about 10,000 hours of training to approach mastery in any sport. That equals training for 20 hours every week for ten years (1).

The decade rule emphasizes the need a for huge time commitment in becoming a successful athlete, But it also concerns weekend warriors, those seeking the best training road to fitness and health, and those seeking the best route to return to health from illness. The most common complaint we get from all these folk is, “lack of time.”

You can save a lot of time by using the potent advantages of a training method that recent media attention has dubbed High-Intensity-Interval-Training (HIIT), often shortened to HIT.  As the name suggests, HIT involves training at high intensity for very short periods.

Publicity for HIT training makes some folk think it is a new development.  In fact, it is the oldest recorded systematic training system, first used by the ancient Greeks. Some 2,500 years ago every Greek male child was trained with HIT. Under a variety of names, it has been quietly re-used by top coaches since the advent of the modern Olympics in Athens in 1896. The difference today is that exercise scientists have developed accurate ways of comparing effects of HIT schedules with other methods. HIT scores high.

HIT consists of brief, intermittent bursts of near maximum exercise, interspersed by periods of rest or low-level exercise.  It is, of course, infinitely variable in the movements used, and the intensity, duration, and number of intervals. Done correctly, HIT can produce muscle remodeling, increases in capillary density, increases in lung capacity, improved speed, power, and endurance, in only 10 to 20 percent of the time and work spent on typical moderate intensity training (2-4).

Following the first good controlled studies of HIT in the 1990s from McMaster University, and the University of British Columbia, we persuaded some runners to replace two of their aerobic training workouts per week HIT training. Our HIT schedule consisted of 6 to 8 track repeats of 5 minutes, at 85 percent of each athlete’s best time for the distance, with three minute rests between. Each workout was about one hour, about half the time spent in their usual workouts, and no one reported exhaustion or other problems.

Over the six weeks, compared with runners who made no alteration in their training, the HIT runners improved slightly more in aerobic performance than the controls, even though they had done 12 hours less training. That represented a huge saving in training time, for the same or slightly better results. HIT was off and running well.

Since then there have been numerous studies supporting the use of HIT, and the mechanisms by which it works. Compared with usual training protocols, HIT induces greater beneficial changes in muscle metabolism, cell signaling, mitochondrial density, cardiac remodeling, and performance, in much less training time than conventional training (3-6).

Psilander et al, for example, at the Swedish School of Sports Sciences in Stockholm, recently showed that a single bout of very low volume HIT (7 × 30 seconds ‘all out’ effort: total 3.5 minutes) stimulated increases in mitochondrial gene expression that were comparable to or greater than gene expression after 3 x 20 minute bouts at 87 percent VO2max in well-trained cyclists (7).

Research over the last decade confirms that HIT training is superior to conventional schedules in improving endurance performance in elite athletes, yet requires a much lower time commitment and volume of work (5,8). From analyzing the research to date, we have come up with a formula of 20-25 percent HIT training and 70 to 75 percent conventional schedules. Other researchers think similarly (9).

Follow HIT well and may the force be with you.

Dr. Michael Colgan is a world-renowned research scientist, leading expert in the inhibition of aging, and a member of the Isagenix Science Advisory Board. Dr. Colgan has provided nutrition, training and anti-aging programs to more than 11,000 athletes, including many Olympians. He is director of his eponymous Colgan Institute, a consulting, educational and research facility concerned with the effects of nutrition and exercise on athletic performance, along with prevention of chronic degenerative disease, and prevention of degeneration of the brain. Dr Colgan’s sports articles are published on his blog www.drmichaelcolgan.com. – See more at: http://team-isagenix.isagenixhealth.net/why-nitrosigine/#sthash.mUnHtK5V.dpuf 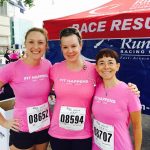