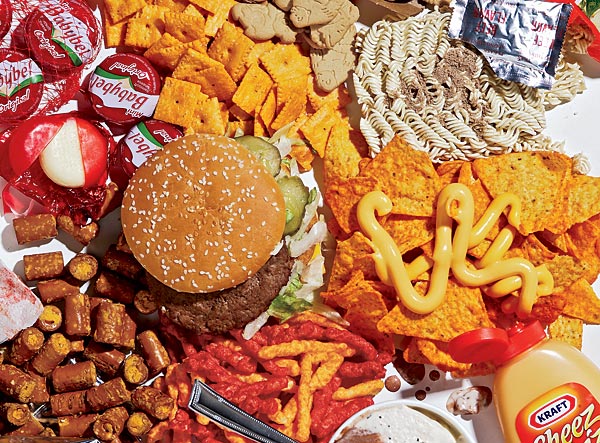 “From bacon cheeseburgers to chicken nuggets, most meat served by America’s chain restaurants comes from animals raised in industrial-scale facilities, where they are routinely fed antibiotics to prevent disease that is easily spread in crowded, unsanitary, stressful conditions,” said Kari Hamerschlag, senior program manager at Friends of the Earth.  “It’s time for the U.S. restaurant industry to take leadership and address the growing crisis of antibiotic resistance by working with their meat and poultry suppliers to eliminate the routine use of antibiotics and improve overall conditions in U.S. meat production.”

“Overusing antibiotics in meat production helps to create drug-resistant superbugs—our nation’s largest chain restaurants can be part of the problem, or part of the solution.” said David Wallinga, MD, Senior Health Officer with the Natural Resources Defense Council (NRDC).  “Restaurants billing themselves as a ‘healthier’ option, like Subway, have a particular responsibility to live up to that image by reducing antibiotics. Consumer demand for meat raised without routine antibiotics is transforming the marketplace; the companies continuing with business-as-usual will be left behind.”

“U.S. restaurant chains must take responsibility for how the meat they sell is contributing to the rise of antibiotic resistance.” said Jean Halloran, director of food policy initiatives at Consumers Union, the policy arm of Consumer Reports. “The majority of meat served at Panera and Chipotle is produced without routine use of antibiotics, and Chick-fil-A and McDonald’s have committed to limiting antibiotics use in their chicken. We are urging other major chains, such as Subway and Burger King, to take immediate action in their meat supply chain to address the urgent problem of antibiotic resistance.”

“The meat industry’s misuse and overuse of antibiotics reflects larger problems of poor animal welfare and farm management practices in U.S. meat production.” said Steven Roach, food safety program director at Food Animal Concerns Trust and analyst for Keep Antibiotics Working. “Companies need to insist that producers reduce density and improve animal diets, sanitation and other management practices within their producers’ facilities, to reduce the likelihood of disease and the need for routine drug use. By doing so, these companies can play an important role in ensuring better animal welfare and addressing one of our nation’s more serious public health threats”

Rebecca Spector, West Coast Director at Center for Food Safety commented, “The restaurant industry needs to take action, but the market alone cannot solve the problem of antibiotic misuse in animal agriculture. The FDA and Congress must move quickly to adopt mandatory policies that prohibit use of medically important antibiotics for both growth promotion and disease prevention.”

Research for the Chain Reaction report including the survey of the top 25 chains, was compiled by a broad array of groups, including Friends of the Earth, Natural Resources Defense Council, Consumers Union, Food Animal Concerns Trust, Keep Antibiotics Working, and Center for Food Safety.

The report builds on rising concern that overuse of antibiotics in meat production contributes to the rise in antibiotic-resistant infections that claim at least 23,000 lives each year.

With Americans spending nearly half of their food budget on meals outside the home, this research provides consumers with important information to help them make better dining out choices. Sales of meat raised without antibiotics grew 25 percent from 2009 – 2012.

The following chains received an “F” on today’s scorecard, either for having no disclosed policy on antibiotic use in their meat and poultry supply chains, or for having policies that fail to phase out continued, routine use of medically important antibiotics in the production of the meats they purchase and serve: Applebee’s, Arby’s, Burger King, Chili’s, Dairy Queen, Denny’s, Domino’s, IHOP, Jack in the Box, KFC, Little Caesars, Olive Garden, Outback Steakhouse Grill and Bar, Papa John’s Pizza, Pizza Hut, Sonic, Starbucks, Subway, Taco Bell, and Wendy’s.

In addition to these findings on antibiotic policies, the report found that only two of the surveyed companies, Panera and Chipotle, report policies that restrict the use of other growth-promoting drugs, including hormones and beta agonists.

In response to a number of public campaigns, Subway, in late August updated its website to indicate that it “support(s) the elimination of sub-therapeutic use of antibiotics,” and media outlets reported that Subway plans to “transition to chicken raised without antibiotics important to human medicine in 2016″ and “eliminate the use of antibiotics in products across the menu.”  Subway, however, has yet to back those statements up by making a firm commitment to take this action, or present a clear plan or timeline for doing so. For this reason, Subway only earned partial credit in the scorecard for good policy—and ultimately received an F. Efforts to clarify Subway’s policy have been unsuccessful despite repeated attempts by the reports authors to reach out via email and telephone.