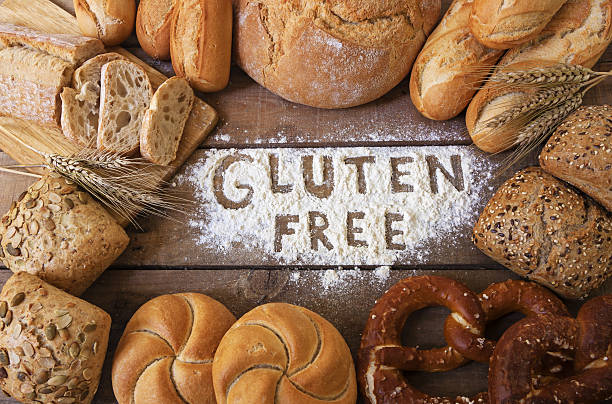 Gluten-free… chances are you know someone who is on a gluten-free diet. But what exactly is gluten and whom does it affect? Gluten is a protein found in barley, rye, and wheat. A gluten-free diet excludes all foods made with these grains. The two types of gluten disorders are celiac disease (CD) and gluten sensitivity (GS).

Celiac disease, also known as gluten-sensitive enteropathy, is an immune disease in which exposure to gluten causes inflammation and damage to the small intestines. In turn, nutrients cannot be absorbed and processed normally. A person with CD may be deficient in B vitamins, iron, calcium and fiber if untreated. Nausea, bloating diarrhea, anemia, weight loss, skin rash and chronic fatigue are some of the major symptoms. A workup to diagnose CD may include a biopsy of the small intestine, measures of blood antibodies, and even genetic testing. In some cases, a person may do a gluten-free diet trial instead of these tests.

Sensitivity is a related gluten disorder. People with this disorder may experience symptoms even though they test negative for CD. They may have nausea, abdominal pain or diarrhea after eating gluten-containing foods. Additional symptoms include joint pain, fatigue, and headaches. They may or may not have a true gluten allergy. People with gluten sensitivity may feel better when following a gluten-free diet. Currently, the only way to determine if a person has a gluten sensitivity is to do a trial gluten-free diet and then introduce gluten back into the diet. If symptoms clear up and then return the person most likely is gluten sensitive.

Eliminating all sources of wheat, barley and rye is the treatment for CD and GS. Also, oats that are not labeled “gluten-free’ must be avoided. This may sound easier than it actually is when you think about all the wheat-containing foods in the Western diet: wheat cereals, bread, pasta; breaded or battered foods; wheat thickeners used in sauces and gravies; malted beverages and beer. Many processed foods contain wheat-based ingredients. Label reading to identify gluten is a must. Amaranth, buckwheat, corn, millet, potatoes, quinoa, rice, and soybeans are allowed on a gluten-free diet.

The increased demand for gluten-free foods has made following a gluten-free diet easier over the past few years. However many gluten-free products are expensive, and sometimes there is a taste and texture tradeoff.
After following a strict gluten-free diet most people notice their symptoms have cleared up within 2-8 weeks. It may take several years for complete recovery. The gluten-free diet is lifelong. Estimates are that 1 in every 133 persons in the US is affected by celiac disease. Chances of having celiac disease are increased if another family member has it. Approximately 18 million Americans have gluten sensitivity.

What to find a nutrition plan that works for you and is built on real food? Contact us at 856-489-5656 For more information check us our nutrition page.